Changing the World on Vacation – exclusive DVD offer (PEPY in the early days!)

Changing the World on Vacation – exclusive DVD offer (PEPY in the early days!) 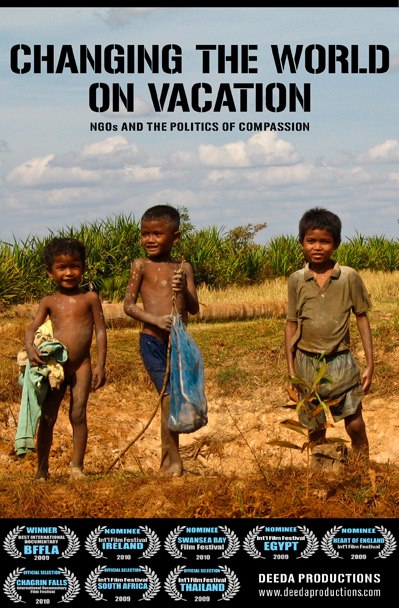 As you know, we believe in sharing lessons learned – and we are lucky to be able to do this through an award-winning documentary, now available on DVD.

Changing the World on Vacation – NGOs and the Politics of Compassion is a documentary study about responsible tourism, development, and issues surrounding sustainable impact. The documentary features PEPY when the organization was just beginning and delves into some of the challenges we faced and some of the mistakes we made as we navigated our way through understanding the complexities of tourism and development.

You might also be interested in reading (and watching) board member Daniela Papi’s reaction to the film when it was first produced. In her own words, “PEPY has changed significantly since this movie was filmed in 2005-2007, and though it is sometimes uncomfortable to talk openly about the mistakes you have made, it is definitely embarrassing when they are shown on a big screen for everyone to see! But, that is exactly what we are doing at PEPY with ‘Changing the World on Vacation’ as we hope that others can learn from our mistakes.”

DEEDA Productions have generously offered all PEPY supporters a discount on the film through the non profit discount. You can purchase it for just $25. Just select the non-profit discount” option and add “PEPY Special” in the NOTE section during check-out.

The film has received an array of awards and nominations, and we are excited that it is now available on DVD. We hope that those thinking of volunteering or beginning their own projects will take away from it a fresh perspective and new ideas and a deeper understanding of the complexities of development.

Please see below for further information on the film:

CHANGING THE WORLD ON VACATION – NGOs and the Politics of Compassion (2012), the award winning documentary about responsible tourism, and sustainable impact in the non-profit world is now available on DVD.

RECOMMENDED BY:  Alexia Nestora – Lasso Communications / Building Bridges Coalition: “I see this as possibly being a great tool to give to volunteers before they head out with you, instead of handing them a piece of paper that addresses some issues they’ll face have them watch a documentary. You’ll have more informed volunteers and I think a better labor force to effect change”